“Sexting” is a portmanteau of the words “sex” and “texting.” It is characterized by the sharing of intimate images and messages between partners via text messages and other communication apps such as Snapchat or Whatsapp.

Sexting or the sharing of intimate images is inherently dangerous as when a relationship falls apart, one party may seek internet revenge.

Studies show that sexting has become a common practice among teens and young people. According to one survey, 40% of young people reported having sent a sext and 60% reported receiving one. It has led to child pornography charges in many countries including Canada, even against teens who were romantically involved and consensually exchanged intimate photos.

In Canada, sexting between adults over 18 is legal so long as it is consensual and no intimate images are shared without the permission of those depicted in the picture or video.

Even if both parties are under the age of 18 sexting is illegal. Those under 18 who engage in sexting could be found guilty of child pornography-related offences under section 163.1 of the Criminal Code.

Under section 163.1 (1) of the Criminal Code,  child pornography means any picture or video of a youth under 18 years old who is naked or semi-naked or engaging in a sex act. The Criminal Code also includes visual representations and written material that advocates or counsels sexual activity with a person under the age of 18 years as child pornography.

This means that a young person under 18 who takes sexually explicit material of themselves and sends it to anyone, minor or adult, could be charged under the Criminal Code.

However, the Supreme Court, in the 2001 R v. Sharpe case, recognized that there are certain situations where, “a teenage couple would not fall within the law’s purview for creating and keeping sexually explicit pictures featuring each other alone, or together engaged in lawful sexual activity, provided these pictures were created together and shared only with one another.”

In this case, the Supreme Court gave a set of criteria that would make it legal for someone under the age of 18 to create and keep an intimate picture or video of themselves.

The Supreme Court continues by explaining that this exception would not apply if the images were created for “printing, publishing or possessing for the purpose of publishing”  otherwise an individual would remain open to prosecution for the creation of child pornography. Protection for this kind of material extends no further than for personal use otherwise, it is subject to the full extent of section 163.1.

As you can see, these are some pretty serious charges and they carry lofty custodial sentences. However, for the most part, young persons under 18 are not subjected to the same sentencing principles as adults.

Under the Youth Criminal Justice Act (YCJA), young people, under the age of 18, are subject to particular sentencing rules that are different from the adult sentencing in the Criminal Code.

The YCJA sets out particular purposes and principles to guide judges in deciding on the proper youth punishment. The purpose of youth sentences is accountability by imposing sanctions that have meaningful consequences for them and that promote their rehabilitation and reintegration into society.

The YCJA provides youth court judges with many different sentencing options to deal with the full range of youth crime. These include both community-based sentences and custody and supervision sentence.

The maximum length of youth sentences ranges from two to ten years, depending on the offence committed and the type of sentence imposed. However, under the YCJA, custodial punishments are meant mostly for violent law-breakers and serious repeat law-breakers and depending on the severity of the offence and the age of the youth, the YCJA allows judges to impose an adult punishment.

Our lawyers at Aitken Robertson are skilled at dealing with highly sensitive cases that include offences such as child pornography. It is important in charges such as this to get legal representation as soon as possible. If you have been charged with a criminal offence, we are here to help you. Please do not hesitate to contact us at 1-800-668-1657. 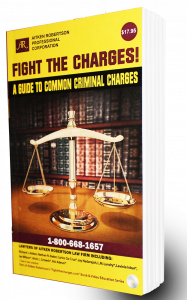