Have you been charged with impaired driving, a DUI, or any other criminal offence in Toronto, Ontario? Our Toronto DUI lawyers fight not only impaired driving, but also other criminal charges. Don’t Delay! Call us now at 416-507-0906 to book a free 30 minute consultation with one of the knowledgeable criminal, DUI lawyers at Aitken Robertson. We believe that you deserve the best and we are here to help you successfully fight your charges.

Our team of 9 DUI lawyers at Aitken Robertson represents clients charged in Toronto and all throughout the GTA. Our criminal and DUI lawyers are available to review your case at one of our conveniently located offices or meeting places in Toronto, Scarborough, Markham, Newmarket, North York, and throughout southern Ontario. We offer a free initial consultation, flexible weekend and evening hours, and reasonable payments plans with no interest costs. We do not bill clients for travel expenses. 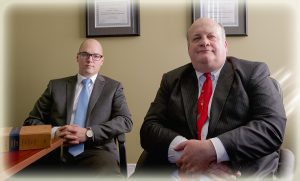 Aitken Robertson’s team approach to your case sees the the collaboration of both Mr. Richard Aitken, and Mr. Justin Marchand collectively building the defence strategy to your Toronto DUI or criminal case.

After accepting your case, through careful examination of the facts, we will establish whether there are grounds to have your charges dismissed for legal or technical reasons. We will also determine if there has been a violation of your rights guaranteed under the Canadian Charter of Rights & Freedoms. A thorough investigation can mean the difference between having the charges dropped and going to trial. It can also mean the difference between receiving a guilty verdict or a not-guilty verdict, and a poor or more favourable plea bargain.

Some of our lawyers are Qualified Breath Techs, which allows great insight into the proper operation of breath testing instruments in drinking and driving cases.

Click the following links to find out more about how we fight your charges.

Directions to the Toronto Courthouse

Please click the link and find the map of the Court you need, as well as actual photos of the courthouse you are looking for.

Get A Free Consultation