We love Thornhill! Below we have put together some interesting facts about the area. If you want to skip on to information about your ticket, see our Shortcut Menu below.

SHORTCUTS – What You Need To Know Now 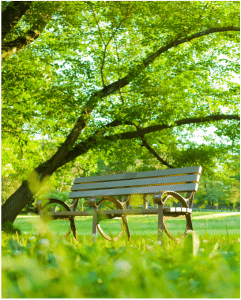 There is a place nestled between the city of Vaughan and the city of Markham. This place is Thornhill, and it runs along the east and west side of Yonge Street. According to the 2016 census, this York Region town is a suburban community of over 112,000 people.1

It is admired for being a relatively low crime town, which is fairly different from Toronto. However, much like Toronto, it is multicultural. There is quite a bit of diversity here, as is reflected by its amazing homes, various places of worship, recreational activities, great community programs, parks and incredible architecture.

Some well-known landmarks include Thornhill Heritage Garden, Remington Contemporary Art Gallery in nearby Markham, and Uplands Golf & Country Club.2  However, there is so much more here in Thornhill, including restaurants, other museums, and walking trails.

How Is the Driving Behaviour of Thornhill Residents?

Due to Thornhill’s location, it is often amalgamated with Vaughan. In some instances, the two city names are used interchangeably.  Hence, searching for information about driving offences in Thornhill will also turn up information about crimes in Vaughan and surrounding regions.

Though despite this overlap, incidents are occurring in Thornhill which are specifically mentioned in news articles. Offences that have taken place have been impaired driving, dangerous driving, speeding, and stunt driving. Although not directly highlighted in the news, other violations have likely transpired.

Based on the reports available online, there is no indicative information emphasizing particular behaviours for Thornhill drivers. Instead, they seem to be quite like drivers in other Ontario cities committing common offences such as speeding and texting while driving.

Are Initiatives Being Taken to Control Traffic in Thornhill? 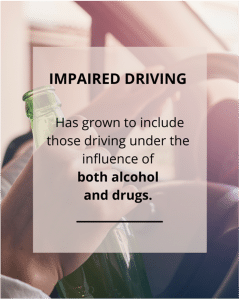 Road safety has always been of importance to York Regional Police. Speeding, aggressive driving, distracted driving, impaired driving, and other forms of driving offences are of significant concern. As a result, specific measures have been considered. One example is Vision Zero which is focused on minimizing injuries and deaths on the road, and to improve overall road safety.

Efforts are being made to combat drivers operating their vehicles inattentively and driving at excessive speeds. Those driving under the influence or without their seatbelts are being targeted. Additionally, the safety of vulnerable persons such as cyclists and pedestrians is also considered under the York Regional Polices’ initiatives.3

Overall, through the implementation of planned enforcement strategies, programs, partnerships, and investigations, York Regional Police aim to make changes.3 These transformations are expected to be carried out in Thornhill, and other York Region towns and cities.

Have you received a traffic ticket in Thornhill? You can fight the chargesTM that have been laid against you. Aitken Robertson’s team of legal professionals can help you.

In Thornhill stunt driving includes various stunts such as wheelies, drifting, purposely following a car too closely, and other dangerous driving behaviours. The stunt most commonly tickets is driving 50 km over the speed limit. The consequences for stunt driving can include of vehicle impoundment, fines, possible jail time, driver’s licence suspension, demerit points, and increased insurance premiums.

Minor infractions consist of running a red light, improper lane changes, broken headlights, and driving without a seatbelt. Some of the consequences related to these offences may include fines, demerit points, insurance rate increases and other penalties such as licence suspensions, depending on the amount of points already existing on the licence, and what type of licence it is. For example, convictions of running a red light and then not wearing a seatbelt a month apart will get a G2 driver suspended for 30 days.

As elsewhere, in Thornhill careless driving is the act of operating a vehicle “without due care and attention or without reasonable consideration for other persons using the highway” (Highway Traffic Act). An example of careless driving is falling asleep at the wheel. Careless driving consequences may include fines, licence suspension for up to two years, imprisonment, and other penalties.

Driving with a Hand-Held Device 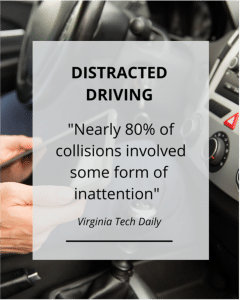 Driving with a hand-held communication or entertainment device in Thornhill is the act of using a mobile phone, tablet, or any other device while operating a vehicle. This is a form of distracted driving. It is considered a traffic violation because using a technological device while driving is identified as a hazard.

In Thornhill, driving without insurance can occur for various reasons. However, being caught without valid insurance has its implications. The consequences for failing to provide this validation when requested can result in substantial fines.

The fines for a first offence are between $5,000 and $25,000 and for a second offence the fines are from $10,000 to $50,000. And, as with all provincial offence fines in Ontario, there is an additional 25% victim fine surcharge on top of the fine amount. Additionally, your driver’s licence may be suspended for up to a year.

Driving with a Suspended Licence

As elsewhere, in Thornhill driving with a suspended licence is a provincial offence, but drivers charged with this offence are in some circumstances also charged with the criminal offence of Operation While Prohibited (sometimes referred to as Driving While Disqualified).

If you are found guilty of this offence, and if it is your first offence, the penalties include a minimum $1,000 fine and an additional licence suspension. If the original suspension was because of certain criminal convictions then the minimum fine is $5,000 and the licence suspension is for a minimum of one year. (A 25 % victim fine surcharge is mandatory on all fines). Imprisonment of up to six months is possible and your insurance rates will go up. If it is your second time convicted of this offence, the penalties are even worse.

We understand that when you face a traffic charge or another provincial offence, it is a time of great uncertainty. You face options, important decisions, and possible real changes in your life. At Aitken Robertson we are proud to offer you something that you can count on; our NO SURPRISE fixed quote guarantee. We have been doing this a long time, and know what goes into an effective defence at each stage of the process. We don’t bill by the hour or for travel, which makes the overall cost very predictable and ensures cost-certainty for you. So count on this—if we quote you a price, you will not pay more!

Call us for further details!

All types of convictions will be considered by your insurer for several years, so a minor conviction now and a minor conviction later may cause a pain in your pocket. Although other factors must be considered, at Aitken Robertson we will listen to you and take your goals into account when planning your defence. And then when we break it down, we might find that you may not be in as much trouble as you think!

When speaking to many valued clients, we have come to realize that some have a misconception about demerit points and their effect on insurance and the ability to drive. Insurance companies don’t really look at demerit points when they funnel you into either the mutual or the high-risk market (i.e. low-cost vs. high-cost market). It is the Ministry of Transportation (MTO) that cares very much about demerit points, and if you accumulate too many in a given period, you could end up getting your licence suspended. Some violations come with zero demerit points, and some come with as many as seven. Also, your level of licence (G or G2 for example) will dictate how many demerit points you can accumulate before entering the danger zone in which your licence is at risk.

Call us today to learn more about the difference between minor, major, and serious convictions, as well as the effect of demerit points on your ability to drive.

How Do I Fight a Traffic Ticket in Thornhill?

Have you have received a traffic ticket in Thornhill? If so, there are options available to you other than just paying the fine. Alternatively, you can challenge the traffic ticket in court. Doing so, may eliminate the penalties associated with the charge.

At Aitken Robertson, we are committed to helping you fight the chargesTM. We offer free consultations to get to know you better and obtain a better understanding of your charges.

If you retain us, we will work hard to ensure that you get a fair trial. As we prepare for your court date, we will strategically gather all essential information to build a strong case.

Our goal is to make our services accessible to everyone. Hence, we offer a block fee payment method and flexible options such as e-transfer, which are consistent with current social distancing protocols. Are you looking to fight a traffic ticket in Thornhill? Call our office to schedule a free consultation.

If you are charged with a traffic ticket in Thornhill, you may be requested to attend one of these two courthouses: 50 High Tech Rd. in Richmond Hill, or 17150 Yonge St. in Newmarket.

Due to COVID-19, appointments may be required for in-person court services and can be booked online. As well, your trial may be held online. Once booked, further information will be provided confirming the details of your trial.

Depending on how long your trial takes at any of these courthouses, you may be given a break. If you are feeling hungry during this time, here are some food places to try. These places are close to the Richmond Hill courthouse:

In Newmarket, these restaurants are a must-try within the area: