I received a speeding ticket in Quebec, New York State, or Florida – What happens to my Ontario Driver’s Licence and my Insurance?

The above question highlights a scenario that is not as uncommon as you might think. Ontarians frequently travel to Florida, especially in the winter. Quebec and the State of New York are popular travel destinations as well. We all try to be on our best behaviour when traveling, as we are leaving our own home and entering someone else’s, but mistakes can happen. We are all human.

So, you wound up with a speeding ticket while travelling in Quebec, New York, or Florida. You live in Ontario somewhere, possibly Markham, Peterborough, Toronto, Belleville or Lindsay (just some of the locations Aitken Robertson services). What happens to your Ontario driver’s licence? What about your insurance? Does this mean bad news for you?

Let’s look at each of the three places mentioned above, one at a time. 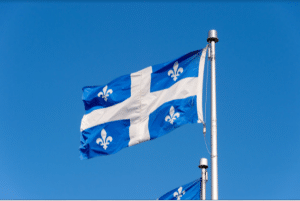 Quebec, unlike the other two places highlighted in this blog, is in Canada. You might think this means you will simply get a speeding ticket as if you were in Ontario and that would be the end of it. After all, both Quebec and Ontario are provinces of Canada. And you would be right.

Getting a speeding ticket in Quebec will affect your Ontario Driver’s Licence and your insurance. Why?

Ontario is in a reciprocal agreement with Quebec to exchange information regarding speeding tickets (and other types of tickets / convictions, though this blog is about speeding alone). This means you are going to have demerit points put on your Ontario driver’s licence for speeding in Quebec if you are convicted of the speeding offence.

You will not, however, be forced to pay any fine once you are back in Ontario, nor will any licence suspension you received in Quebec follow you home. However, it means you are likely to get into a lot of trouble if you drive in Quebec in the future without paying the fine(s) you owe or if you enter during a period of licence suspension.

Since the records will follow you into Ontario, this may affect your insurance premium as well, as if the offence occurred in Ontario itself. It will depend on the insurer and the severity of your speeding charge.

You must never mislead or misrepresent convictions to your insurance company, even if out of province, as could invalidate your policy

Also you run the risk that out of province jurisdictions may send the debt to Equifax or another collection company in an effort to have you pay, and this would harm your credit. This means you’re not completely escaping your offence from New York, although just like with Quebec offences, you can’t be forced in Ontario to pay a fine owed in New York. A licence suspension issued in New York also won’t apply in Ontario. Michigan is the only other state that has reciprocal legislation with Ontario.

Still, your insurance is once again likely to be affected, as the two jurisdictions of Ontario and New York share their records once you are convicted of a speeding offence. Again this depends on your insurer and the exact severity of the speeding. 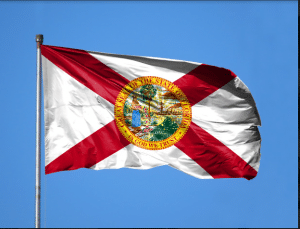 As it happens, this state does NOT have a reciprocal agreement with Ontario (although it does have one with Quebec!). This means that, once you head home after your winter stay in the sunny sands of Florida, you’re not going to have any repercussions to your Ontario driver’s licence (assuming, of course, you only received a speeding ticket).

There will be no demerit points added to your Ontario driver’s licence for a speeding offence committed in Florida.

However, like with the other two jurisdictions, if you ever plan on returning to Florida (if you’re a snowbird, let’s face it, you are), your conviction still stands IN Florida. You will owe a fine, and if your licence was suspended, it will still be suspended. Getting pulled over will not be the highlight of your vacation – you might even be arrested.

Just because Florida does not share speeding records with Ontario in the same way Quebec and New York do doesn’t mean your insurance will be unaffected. There’s no telling what your insurer may or may not know. Keep in mind that you might have traveler’s insurance with the same insurer who provides your automobile insurance. It would be appropriate to have a conversation with your insurer to see what information they can obtain when you travel to Florida.

Don’t think that because you are driving outside of Ontario that you are free to do as you please. Speeding in Quebec or New York will follow you home, and for all three jurisdictions, the conviction does not disappear because you leave. It will stay with you whenever you return to that province or state.

Don’t forget – if you have a speeding ticket from Quebec, New York, or Florida, bring it in to Aitken Robertson and let us give you some advice. There’s no risk: the first 30-minute consultation is free. You never know what you might discover – and you might not be aware of the potential consequences.