Losing your licence because of an impaired driving conviction due to alcohol and/or drugs (including cannabis) can have a massively detrimental effect on your life, especially if you rely on driving to get to work or if you live in a rural area.

The Ontario Highway Traffic Act (HTA) creates punishments that are in addition to the Criminal Code fines and periods of imprisonment for impaired driving offences, including licence suspensions between 1 year for a first offence to a lifetime for a third offence. In addition to being subject to the suspensions, these drivers have to complete a remedial measures assessment and education or treatment program (for approximately 10 months), and also have to install an Ignition Interlock Device on their vehicles for between 1 year for a first offence to lifetime for a third offence (if the suspension period is reduced to 10 years). The Ignition Interlock Device is a leased breath alcohol monitoring machine wired into your vehicle’s ignition.

If you meet certain conditions, The Highway Traffic Act allows for early reinstatement of a suspended licence with the installation of the Ignition Interlock Device. This program is divided into “streams,” and which stream you may be eligible for depends on if this is a first or second driving offence.

This program is available for persons:

In order to be eligible, you must:

Stream A
Stream B
Stream D

Two of the requirements for all streams is to successfully complete the assessment component of the required remedial measures program and to establish proof of a lease agreement for an approved Ignition Interlock Device.

For those who have been convicted of an Impaired Operation/Exceed 80mgs or Fail to Provide a Breath Sample offence within the last ten (10) years, there is an option to pursue Stream D. Stream D requires a guilty plea and sentencing within 89 days of the charge being laid, the same as Stream A.

This program offers a lot of good to those facing charges. The opportunity to reduce the time spent without a licence, for example. There is some concern though that it may persuade those who are innocent to falsely plead guilty to get their licence back sooner or because 89 days is not enough time to assess if they have a strong defence. Due to this tight timeframe, it is critical to retain a lawyer quickly so that you can get a clear understanding of your options in order to make a decision.

The New Ontario Impaired Driving Penalties For A First Offence

Additional Other Consequences if Convicted

If you are a first-time or second-time offender charged with impaired driving or over 80 and refuse, and there are no drugs involved or no aggravating circumstances, you may be eligible to get a licence suspension of less than one year allowing you to drive with the Interlock Ignition Device instead. You MUST please guilty and be sentenced within 89 days of the charge and the appropriate arrangements must be made ahead of time to qualify.

Ignition Interlock device licence conditions also apply if you are caught driving with a ‘Warn Range’ 0.05 to 0.079 BAC three or more times.

Second Offence (within a 5 year period)

Further fines, probation, weapons prohibitions, DNA orders, increased insurance and many other penalties are possible in addition to the basic fines and driver’s licence suspensions. The sooner we act the more we control the damage.

The consequences of driving impaired in Ontario are very serious. As well, Ontario’s drinking and driving laws are becoming progressively stricter. For example, in Ontario, a fully licenced driver will receive an immediate roadside licence suspension of three, seven or 30 days if he or she refuses to submit to a breath test or if during the breath test a Blood Alcohol Concentration (BAC) of 0.05 or more is recorded.

Drivers under the age of 21 years and novice drivers, who are not fully licenced, are allowed no alcohol whatsoever in their systems. If caught with any alcohol in their blood, these drivers would get an immediate 24-hour roadside licence suspension and then if convicted, the fully licenced driver who is 21 or under could receive a fine of up to $500 and a 30 day licence suspension. In addition to fines and potential jail time, a novice driver with an impaired driving conviction would also have his or her licence suspended and be required to return to the start of the Graduated Licence System.

The Province of Ontario has instituted automatic roadside licence suspensions that immediately remove suspected impaired drivers from the roads. Immediate roadside suspensions are also intended to act as a deterrent, in the hope that they will discourage drivers who have been caught drinking and driving from ever re-offending again. If a driver with a prior licence suspension should get caught again with a BAC in the ‘warn range’, i.e., a BAC of 0.05 to 0.079, the police can immediately suspend the impaired driver’s licence for seven days. For a third or subsequent occurrence of being caught driving with a BAC in the warn range, the offending driver’s licence will be immediately suspended for 30 days.

The Ministry of Transportation of Ontario does not recognize pardons. Therefore, despite having received a pardon for a previous drinking and driving offence, you will receive the same driving suspension as if you had not received a pardon. This can result in devastating consequences.

Also, if you have a conviction from certain States in the United States, such as Michigan or New York, in certain circumstances it may count as a “prior” in Canada.

An experienced lawyer can assist you in navigating through these rough waters. Often, simply timing when the accused finishes his/her file, can have a significant beneficial impact in reducing the length of driving suspensions.

What Some Of Our DUI Clients Say About Us

A family member was charged with impaired driving in May 2018.  We found Aitken Robinson to be very knowledgeable.  They…read more→

"I was charged with over 80 and Impaired driving in Toronto for the first time. Me being a Truck Driver,…read more→

"I  was charged with over 80 in December last year in Ajax. I hired Richard Aitken in Aitken Robertson. I…read more→

"I work as a brick layer and my truck is important to my line of work.  I was charged with…read more→

"I was charged with impaired boating. If I lost, Crown was asking for 4 months in jail and a lifetime…read more→

"I was charged with blood alcohol over 0.8 in Oshawa, Ontario. It is the first that I have been charged or arrested. After doing a lot on-line research I found Aitken Robertson. The reviews were excellent, so I contacted the hotline. I had an immediate response in 15 minutes. They were professional, quick and responsive and they ended up getting my charge reduced. I would recommend their services to anybody." -J.P.C.…read more→
"I was charged with over 80 in Pickering, Ontario and the matter was brought up in Oshawa Court. Richard Aitken of Aitken Robertson was able to get that reduced to a careless driving traffic ticket and $500 fine. I am very happy with the result as I avoided criminal conviction and it doesn't affect my career. The price was fair for the result I obtained. I would highly recommend the firm." -M.B.…read more→

“I was charged with Over 80 this year. I was concerned about a criminal record, losing driver’s licence and job,…read more→

“The knowledge and preparedness that Aitken Robertson demonstrated throughout the handling of my legal proceedings were exceptional. They matched my…read more→

“I was facing four separate charges: Over 80mgs, Impaired, Dangerous Driving, and Failure to Remain. As a result of the…read more→

“An unfortunate incident happened to me towards the end of 2013. I had a car accident that the police became…read more→

How We Can Help You

At Aitken Robertson, our team approach gives you an opportunity to meet with our various lawyers to fully discuss the facts of your case. While no lawyer can promise a particular result, we will often be able to give you an initial, honest impression of your case and explain to you the approach that we will take in defending you. If you hire Aitken Robertson we will work with a variety of experts to evaluate the merits of your case.

Aitken Robertson is experienced in assessing the complicated interplay between the Criminal Code and the Highway Traffic Act to avoid the unexpected and unwanted results that await the misinformed.

Contact us today and get started with a free consultation. We have offices throughout Ontario where we can provide you with assistance.

Channdeep Singh Nagi
Channdeep Singh Nagi practiced as a criminal lawyer in India for 2 years before moving to Canada. He is currently undertaking his articling to become a fully licensed lawyer in Ontario, which he anticipates completing in 2021. Channdeep ensures he always reassures clients that they are being taken care of and believes this is an indispensable part of practicing criminal law. He is a gold medalist in cricket in his home province and is working on improving his lawn tennis game.
Learn More 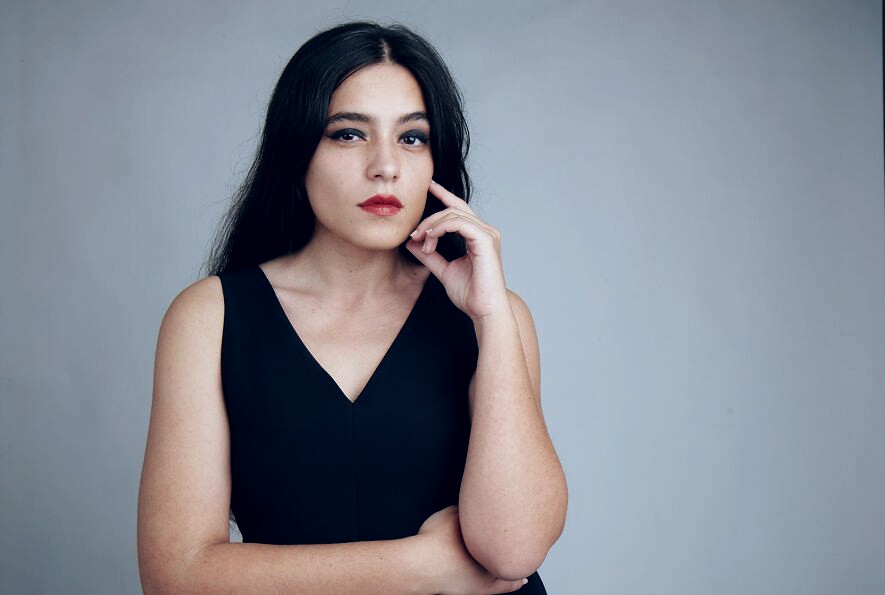 Virginia Dolinska
A dedicated criminal defence lawyer, Virginia Dolinska earned her J.D. at the University of Ottawa, articled under Richard Aitken, and now leads the firm’s operations in Ottawa full-time. Virginia immigrated to Canada from Eastern Europe at a young age and keeps those challenges in mind as she assists those facing challenges of their own.
Learn More

Richard Aitken
With over 35 years practicing criminal law under his belt, Richard Aitken not only continues to handle his cases but assists the rest of his team with their cases daily. Richard has focused much of his practice on drinking and driving offences and is so passionate about this field of law he owns his own Initializer 8000TM, the instrument used by Ontario police for testing blood alcohol levels.
Learn More

Justin Marchand
Mr. Marchand practices in all area of criminal law, with a focus on Constitutional arguments in the context of drinking and driving related offences. He received a Bachelor of Arts degree in 2010 from Dalhousie University in Halifax, Nova Scotia. He received his Juris Doctor law degree from Western University.
Learn More

Philip Stiles
As a former Crown prosecutor, Mr. Philip Stiles brings a wealth of knowledge and experience to the Aitken Robertson team. Taking on files in Peterborough, the Kawarthas, and Oshawa, Mr. Stiles serves as counsel to those charged with criminal offences.
Learn More

T. Edmund Chan
Edmund has been an Ontario Lawyer for nearly 20 years and is one of the most experienced Impaired Driving Defence Lawyers in the Province, having handled thousands of Impaired/Over 80 cases, and many other types of Criminal Charges.
Learn More

Dan Lemaire
Dan Lemaire is a Peterborough local who returned to his home town to article and practice law at Aitken Robertson after earning his J.D. at Queen’s. Dan earned awards for being top of his class in several courses, including criminal law and advanced legal research. Dan is almost as passionate about cooking as he is about the law and spends his free time trying out new recipes.
Learn More

G. Gary McNeely Q.C. (retired)
Gary McNeely attended Queen's University in Kingston for his undergraduate studies graduating in both English and History. He obtained his Law degree in 1964. Upon graduating from Queens he articled with the Toronto law firm of Tilley, Carson, Barristers & Solicitors.
Learn More

Informative and Educational Book – For Free!

Get The DUI Book

Tell Us How We Can Help You.

Learn More
© Copyright 2020 FightTheCharges.com· All Rights Reserved.
Past results are not always indicative of future results. Information on this site is not intended as legal advice.
Back To Top