What is the Ignition Interlock Remedial Measures Program?

Besides the fines and driver’s licence suspensions to which you would be subject if caught driving impaired or with a blood alcohol concentration above either the legal limit (“80 and over”) or over the administrative limit (“50 and over”), there are even more DUI consequences in Ontario of which you should be aware. The additional punishments are meant to improve an offender’s future driving behaviour.

The law in Ontario provides for two levels of offences based on Blood Alcohol Level (BAC). The “warn range” is BAC in the range of 0.05 and 0.79 mg/ml. The “prohibited range” indicates that BAC is above 0.08 mg/ml or higher and will produce more serious financial and legal consequences. Having a BAC in the prohibited range is a criminal offence and if convicted, will leave you with a criminal record. Similarly, if you are convicted of “impaired” driving, regardless of your BAC, you will have a criminal record.

An ignition interlock device is used to ascertain the presence of alcohol in the driver’s body and to prevent a motor vehicle from being started if the BAC in the driver’s body exceeds zero. Mandatory interlock device installation is an additional punishment under the Highway Traffic Act (HTA) for drivers convicted of impaired driving or convicted of driving with a BAC “80 or over” (BAC: ≥ 0.08) as defined under the Criminal Code, or found to be driving within the warning range, which means having a BAC of “50 or over” but under 80” (BAC: 0.05 to 0.79) as defined under the HTA.

In Ontario, there are programs for alcohol or drug involved convictions under the HTA, designed to improve an offender’s behaviour and accountability. If a police officer finds, upon taking a breath sample from you that you were driving with a BAC of “50 or over” you will have your driver’s licence suspended immediately at roadside and will face an administrative monetary penalty of $150. If it is not your first such offence, you will also be required to participate in some or all of a conduct review program. In Ontario, the conduct review programs consist of a remedial measures program (Back on Track) and an ignition interlock device program. (Ignition Interlock Program).

Back on Track is Ontario’s remedial measures program for impaired drivers and drivers convicted of “80 or over” (BAC: ≥ 0.08). It is operated by the Centre for Addiction and Mental Health on behalf of the Ontario Ministry of Transportation. Back on Track consists of the following three components:

Criminally convicted drivers must complete at least two and often all three components of the Back on Track program before the licence suspension expires and satisfy all other requirements set by the court in order to have their licence reinstated. Convicted impaired drivers should register immediately upon conviction as the program can take up to 11 months to complete.

If you are convicted of a drinking and driving offence under the Criminal Code, or if you have three or more suspensions in a five-year period for having a BAC between 0.05 and 0.79 you will be subject to Ontario’s Ignition Interlock Program.

After serving the provincial sanctions, including licence suspension, fine and a mandatory remedial measures program (Back on Track), all drivers convicted of drinking and driving Criminal Code offences, who are eligible to have their driver’s licence reinstated, will have an ignition interlock condition placed on their Ontario driver’s licence.

The program does not apply to fourth-time offenders because their licence will never be reinstated (although these lifetime licence suspensions may be reduced after 10 years if certain criteria are met). Drivers who are suspended for registering a BAC between 0.05 and 0.79 three or more times in a five-year period between each offence, will have an ignition interlock condition placed on their licences for six months after serving their 30-day licence suspension.

This program enables drivers who were convicted of Criminal Code drinking and driving offences for the first or second time, to reinstate their driver’s licence sooner by installing an approved ignition interlock device in their vehicle. Such drivers must meet the following criteria:

Before successfully entering this program, eligible drivers must pay all outstanding fees and all other active suspensions must have expired or been removed.

Eligible drivers who choose to participate in these programs will be placed in one of three streams. Drivers in Stream “A” will have their licence suspension reduced to a minimum of three months, followed by a minimum nine-month Ignition Interlock period. Drivers in Stream “B” will have a minimum licence suspension of six months and a minimum Ignition Interlock period of twelve months. Drivers eligible for the program who do not meet the requirements for Stream “A” may be eligible for Stream “B”.

Stream “D” is offered to second-time offenders, and such drivers will have their licence suspended for nine months followed by eighteen months with an Ignition Interlock device.

Drivers who are eligible for the program will receive an individualized information package from the Ministry of Transportation with information on how to meet the requirements for entry into the program in one of the three streams. The package will include the application instructions, will identify the mandatory periods of suspension and interlock installation, and provide timelines that must be met to enter the program.

If you choose not to participate in one of the streams, then the standard penalty periods of suspension apply. For example, for a first offence you would have a one-year licence suspension, followed by a one-year period of having the Interlock requirement. If you choose not to drive during that second year, you should still reinstate your licence which will have the interlock restriction on it and let the restriction expire. If you do not reinstate your licence while waiting out the two years and then apply for a licence, your new licence will have the one-year Interlock restriction. 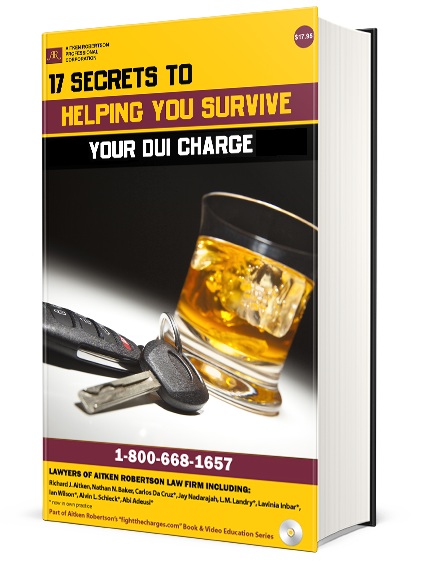