What is the new guideline?

A new policy directive from the Public Prosecution Service published April 1, 2019 hopes to change how the service deals with those accused persons addicted to drugs who breach conditions placed on them while on bail. Often, when persons charged with drug offences are released on bail or even from the police station, they are given conditions to obey that include abstaining from possessing or using any non-prescribed drug, or possessing drug paraphernalia. Another often-imposed condition is to refrain from being in a certain neighbourhood that is deemed to be an area known for drug use or being in the general area where the offence is alleged to have occurred.

Why would someone addicted to drugs agree to these conditions?

Addiction makes people do a lot of things they would not do if they were not addicted. Once someone has been arrested, they often agree to anything that will result in them being released. Or, they may very well believe that they will be able to comply, that is, until the hard reality kicks in and the client breaches the condition.

When these addicts breach their conditions, they are often brought into custody and, when they are subsequently released, it puts them at a higher risk of overdosing because the time they’ve spent in custody affects their tolerance of opioids. The number of people who die as a result of overdose is not just a justice issue but also a public health issue.

How will this help?

The new guideline sets out to address the epidemic of overdoses and decrease the risk by focusing on those short periods of incarceration.

The new guideline includes several practices that should be used unless there are public safety concerns:

These guidelines show some insight into the epidemic of drug addiction and overdose. The Government of Canada on its website indicates that for the period January 2016 to September 2018, there were more than 10,000 deaths attributed to opioid overdose (click here to download). If these guidelines help just one person from overdosing, it is well worth it. 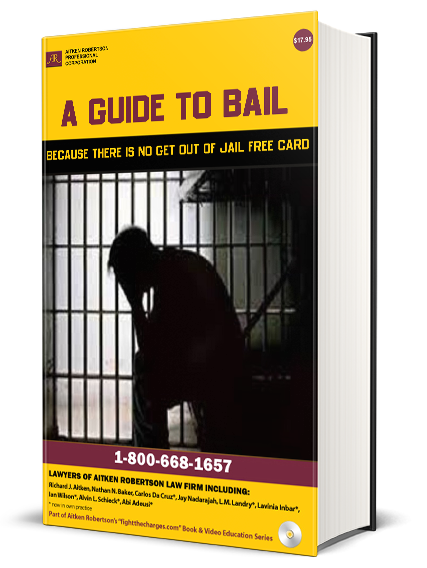 Get our Free Book

A Guide to Bail: Because There is No Get Out of Jail Free Card.

Mary-Clare MacKinnon joined the Aitken Robertson Team in 2015 to assist the firm with their bail hearings in courts all across Ontario. She brings many years of decorated experience in the field of law to the table, all the while, having a background in music and education.