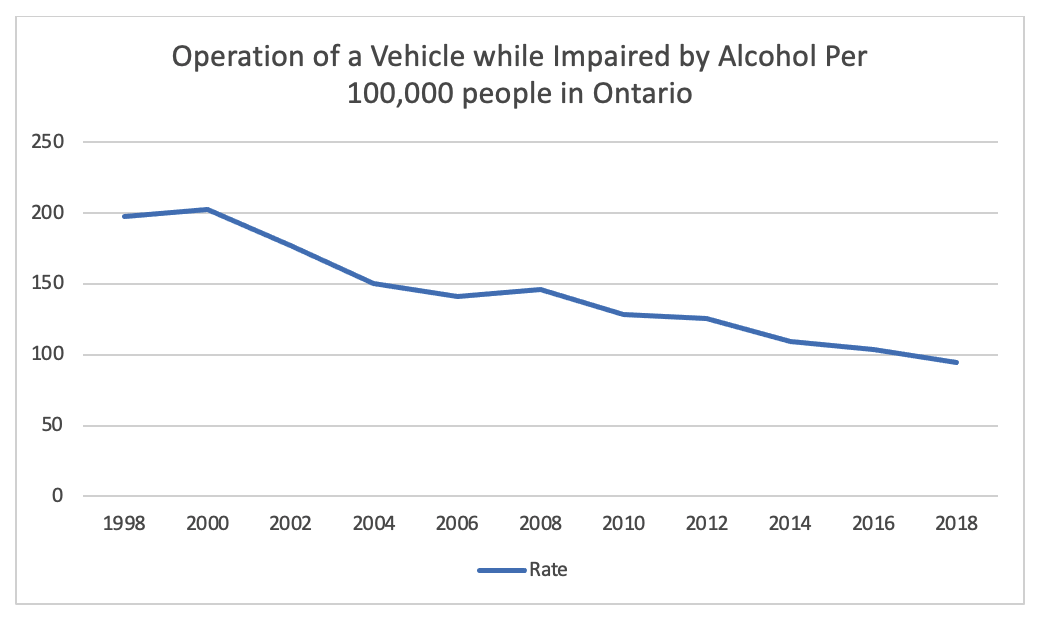 This blog post looks at the rates and implications of a few offences associated with drinking and driving.

Failure to Provide a Breath Sample 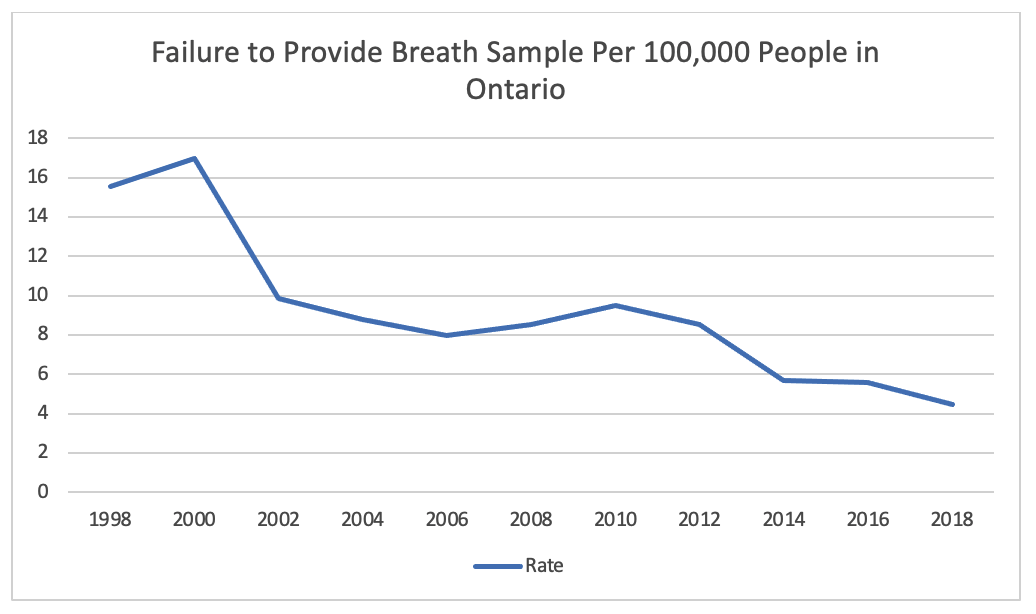 Despite the decrease in numbers, the legal liability should not be understated. Failure to provide a breath sample can lead to charges of refusing to comply with a police demand. A first offence can lead to a minimum $2,000 fine and a year driving prohibition. A second offence has a minimum punishment of 30 days in jail.

Parliament recently passed Bill C-46, which allows police to ask for a breath sample of any driver they pull over, regardless of whether the officer has a reasonable suspicion that person is impaired. This leaves police with wide powers to stop and test a driver in Ontario.

Drinking and driving can often lead to one or more people killed. A conviction for this offence is serious and can lead to a long jail sentence. 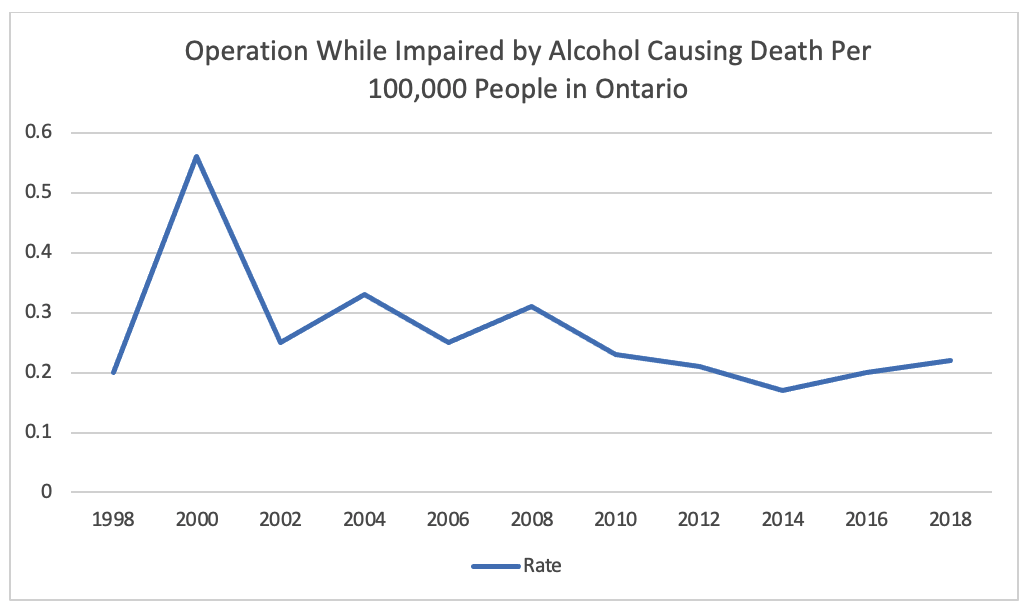 We have seen the continued vehicle safety measures develop into the 21st century. The advent of these technologies, such as the autonomous brake system, and the lane keeping assist system. The technologies can help explain the stable lower trend in deaths throughout recent years.

Despite the downward trend, the seriousness of the offence cannot be overstated. Impaired driving causing can lead to serious jail time for an offender

What is causing the General Downward Trends?

The downward trends in drinking and driving lead to interesting hypotheses about their cause.  Some of the rationale for this downward trend may include the emerging popularity of ride sharing applications such as Uber and Lyft. The widespread availability of cars to take people to and from destinations can play a role in people forgoing the risk of drinking and driving. Individuals who are drinking have a ready to wait car at the tip of their fingers.

Another factor to consider is that in general cars are safer than they used to be, for example, air bags weren’t required in new cars until 1998 in the United States (which means we in Canada got them then too).  Air bags have profoundly improved the survivability of car crashes.

A final deterring effect in terms of overall number of charges, is that there are many more opportunities for other drivers and civilians to call 911 now as almost everyone has their cell phone with them, than twenty years ago.

Knowledge that anyone can reach the police at the push of a button can lead to many to think twice about getting in the car after drinking.

Nonetheless, drinking and driving allegations impose serious consequences on the accused and society at large. If you have been charged with a drinking and driving offence you will want to speak with an experienced lawyer who can assist you. Call the lawyers at Aitken Robertson for a free consultation. They can help you fight the charges!