Orono, Ontario is a small town located in Clarington which is situated in the Durham Region. Most individuals living in Ontario have not heard of this town. Perhaps it is because it houses a very small population.

According to the 2016 census, it has 4,500 people. However, considering how rapidly the population continues to grow in Ontario this number has most likely changed.

A well-known place to visit here is Orono Crown Lands. This space occupies, “633 acres of the former Ontario Tree Nursery.” It contains various trails decorated with evergreen and hardwood trees.

Wilmot Creek also flows through here and you can see trout and salmon depending on the time of the year. In addition to hikes, fishing and nature walks, Orono Crown Lands is also great for picnics.

Driving in A Small Town

Orono is a very quaint community. Due to its small nature, there are only a few businesses in this town. Hence, many individuals venture elsewhere and to neighbouring towns to acquire what they need.

For work, some people commute to more populated areas such as Toronto, or other towns in Durham for work. Due to the extensive distance they have to drive, they are in their cars for a longer period.

This increased time spent in the car, makes them more susceptible to the hazards on the road; especially if they are commuting during key times in the day which are prone to accidents. These times generally occur between 3pm and 6pm which is the evening rush. Or, just before the weekend on Friday when everyone is rushing to get home.

Are Traffic Violations Common in Orono?

The frequency of traffic offences in Orono specifically is unknown. However, according to a report made by the Ontario Court of Justice, a total of 1,223,023 Highway Traffic Act (HTA) charges were received in Ontario. The duration recorded was from January 2019 to December 2019.

What is the Purpose of the Highway Traffic Act?

The HTA is a legislation in Ontario which regulates the licensing and overall conduct of transportation on roadways. Disregarding any of the rules set out in this statute, can lead to severe outcomes.

There are several regulations under the HTA which motorists are expected to follow. However, there are a few that occur quite commonly in Ontario and the Durham Region. These frequent offences are listed below.

Driving with A Handheld

Much like many other towns in the Durham region, you can face fines up to $3,000 for driving with a handheld in Orono. Additional penalties involve an increase in insurance premiums or cancellation and a suspended licence up to 90 days.

Careless driving is a violation that refers to a driver’s negligence and lack of care or concern for other persons using the road. An example of this can involve overtaking another vehicle waiting to turn or eating and drinking while driving.

Failing to demonstrate consideration for other drivers or pedestrians is a traffic offence. The consequences of careless driving in Orono and Ontario are serious. Your licence could be suspended for 2 years, and you could face fines up to $4,000. Imprisonment for six months may also follow. 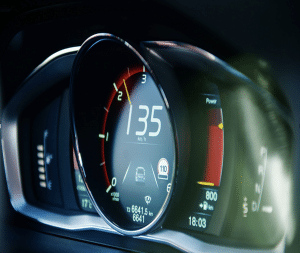 Speeding is one of the most frequent HTA charges and it is differentiated based on how fast you are driving your car. Driving up to 50 km/h is considered speeding whereas hitting over 50km/h is identified as stunt driving. In Orono, as in the rest of Ontario, you will be penalized for this action.

If you are pulled over for stunt driving your vehicle will be immediately impounded. Fines up to $10,000, an increase on your insurance premiums, jail time, licence suspension, and other consequences will follow.

A missed payment on your car insurance can be one of the reasons that lead to cancellation of your insurance. However, failing to operate a vehicle without insurance in Orono has its consequences.  Your licence may be suspended, your vehicle impounded, and your insurance payments will increase.

There are many reasons that can impact your licence and lead to its suspension. One instance is having it suspended due to medical reasons. Although an unfortunate situation, driving while suspended in Orono is not permitted.  Similarly, driving while disqualified under the Criminal Code is also not accepted.

Failing to drive with a valid licence can lead to imprisonment up to 6 months, expensive insurance rates, an extension of your suspended licence and fines up to $5,000.

There are also other traffic violations to consider. These can include not wearing a seatbelt, overcrowding the driver’s seat, failing to stop for a yellow light and others. Although minor, there are unfortunate outcomes. You can face fines, receive demerit points on your driving record and an increase on your insurance.

How to Fight A Traffic Ticket in Orono?

If you are trying to fight a traffic ticket in Durham, or Orono specifically, Aitken Robertson can help. Here, we work as a team with the intention to help you attain a favourable outcome. Our legal representatives understand the setbacks and unfortunate consequences that stem from receiving a traffic ticket, hence we openly offer our services.

We proudly provide free 30-minute consultations, where we actively listen to your concerns and the details of your charge. Here, we lend valuable information to you as we highlight implications of your charges and explain available options.

Additionally, courts costs will be discussed as well as the affordability of our services. We proudly offer a flat-fee method, as well as flexible payment options.

At Aitken Robertson, what matters to you matters to us.  Should you be looking for a licensed traffic court paralegal that can help you to fight the charges™, Jami can help. With his legal advocacy, you can challenge your traffic ticket. Wondering how to fight a traffic ticket in Orono? Call us to book a free consultation.