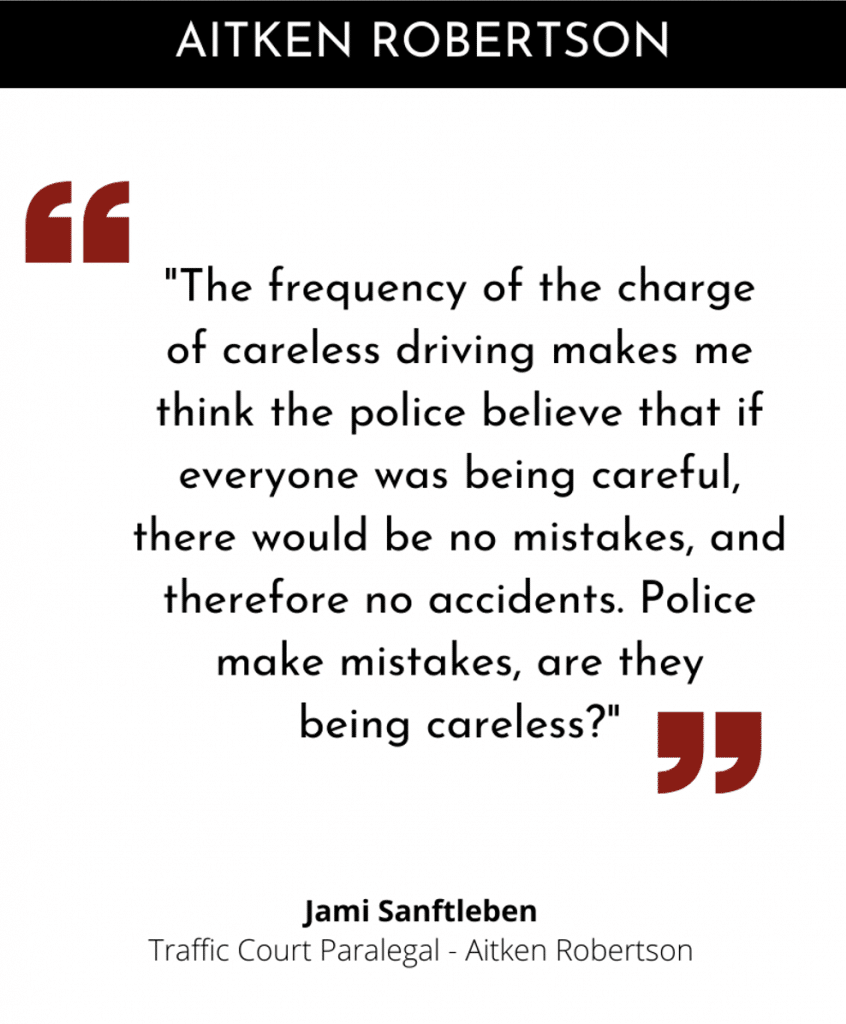 Elizabeth* just finished her breakfast and hopped in her car to head to work. It was a warm summer morning.

It was after 6 a.m., and the sun was peeking through the clouds. Elizabeth was ready to get her day started.

As Elizabeth hopped in her car, she prepared herself for the morning traffic. Before driving, she turned on the radio, placed her purse on the passenger seat and started the engine.

As Elizabeth stopped at a stoplight, she remembered that she did not apply her lipstick this morning.

She quickly rummaged through her bag and grabbed her favourite red lipstick. Elizabeth peered up at her rear-view mirror and applied it to her lips.

While applying, a police officer pulled up beside her. He spotted her with the lipstick in her hand. Elizabeth glanced over and noticed that he was motioning for her to pull over. She was in disbelief but safely pulled over as instructed.

Once stopped, the police officer approached Elizabeth and informed her that applying her makeup while driving was a violation. She was given a careless driving ticket in Ontario.

What is Careless Driving in Ontario?

Elizabeth was not clear on how her driving was considered careless, as her vehicle had completely stopped. She wondered: What is careless driving? How was my driving considered unsafe?

For many the careless driving definition can be quite unclear. According to the Highway Traffic Act, careless driving occurs when a driver operates a vehicle without due care and attention or without reasonable consideration for others using the highway. Although it states highway, roadways are considered under this description.

Examples of actions fitting under the careless driving definition are as follows:

Overall, driving is defined as careless when a negligent action is performed while driving. Elizabeth did not see her act as careless because she was fully stopped.

She did not perform this action while her car was moving. Elizabeth knew she had to fight this careless driving ticket. She felt it was unfair.

If convicted, she wondered what the consequences of careless driving in Ontario would be and how it would impact her future.

What Are the Consequences of Careless Driving?

Careless driving in Ontario is not considered a criminal offence. However, there are consequences for careless driving. These penalties include:

Elizabeth is not the first person to be issued a careless driving ticket in Ontario. Many people receive this charge for a variety of reasons.

The discretion is typically left in the hands of the police officer. Once they have decided that you are a danger to others on the road, you can be fined.

While applying lipstick is one possibility, careless driving charges are usually laid after an accident. Police officers often believe that when an accident has occurred, at least one of the drivers were driving carelessly.

Some examples of accidents that could suggest careless driving are a rear-ender, vehicle rollover, side-impact collision, and other types. Overall, the only assumption should not be that the driver was negligent as accidents have many causes.

Careless Driving Insurance – How Is It Impacted?

Another significant consequence of careless driving is insurance. Every insurance company is different; hence, it is best to speak with them anonymously to determine how rates will change. Typically, rates will rise just as dramatically as they do for DUI charges and the costs will remain this way for several years.

Many insurance companies consider it a major offence. If you have other charges, the rates can be extremely high. In some instances, depending on the severity of the charge, your insurance company may drop you altogether, forcing you to find insurance elsewhere at a higher price.

How to Get Careless Driving Dismissed in Ontario?

Elizabeth’s careless driving charge did not sit well with her. She would not have applied her makeup while her car was in motion. She made a conscious decision to use it once she had stopped entirely.

Elizabeth decided to contact Jami, a traffic court paralegal at Aitken Robertson. She knew that her question of How to get careless driving dismissed in Ontario? would be addressed here. Elizabeth gave Jami a call and booked a free consultation. 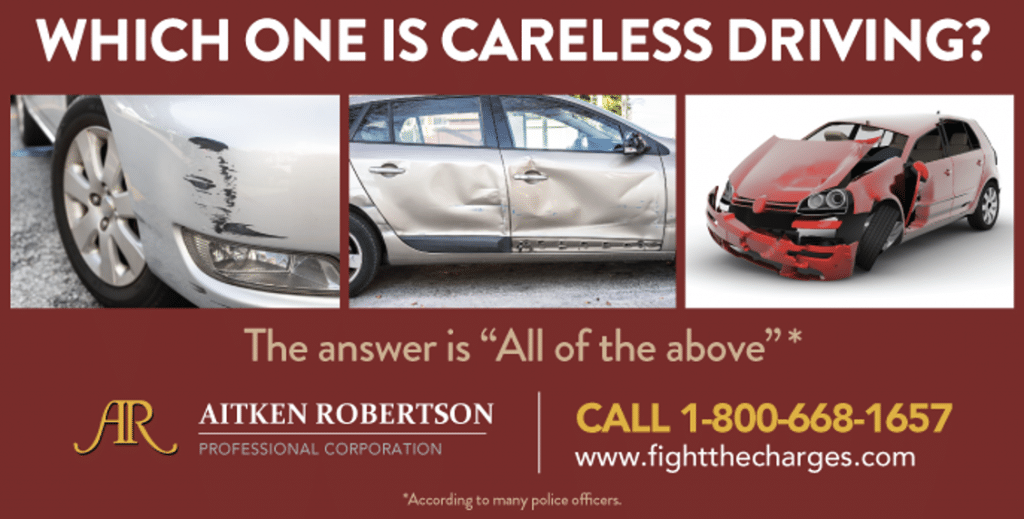 How to Fight Careless Driving Charges in Ontario

Elizabeth was pleased with how her consultation went with Jami. She was happy with how well he listened and advised against pleading guilty to her charge. He explained how strict the penalties were and how it would affect her significantly now and in the future.

Her initial question of How to Fight Careless Driving Charges in Ontario was answered with ease. Elizabeth was convinced that Jami would develop a solid argument and advocate for her success during the trial.

As far as costs, Jami explained the associated court fees and how they worked. He also mentioned Aitken Robertson’s block fee method. Elizabeth was pleased with the various payment options that were available such as credit card and e-transfer. Overall, Elizabeth was confident about hiring Jami.

If you are looking for legal representation to help you fight the charges™ contact us for a free consultation. We look forward to offering you legal advice and helping you to keep a clean driving record because what matters to you matters to us.

*Note: Elizabeth is a fictional but representative client that we have created to better illustrate the problems and issues that drivers face when dealing with a Highway Traffic Act charge.